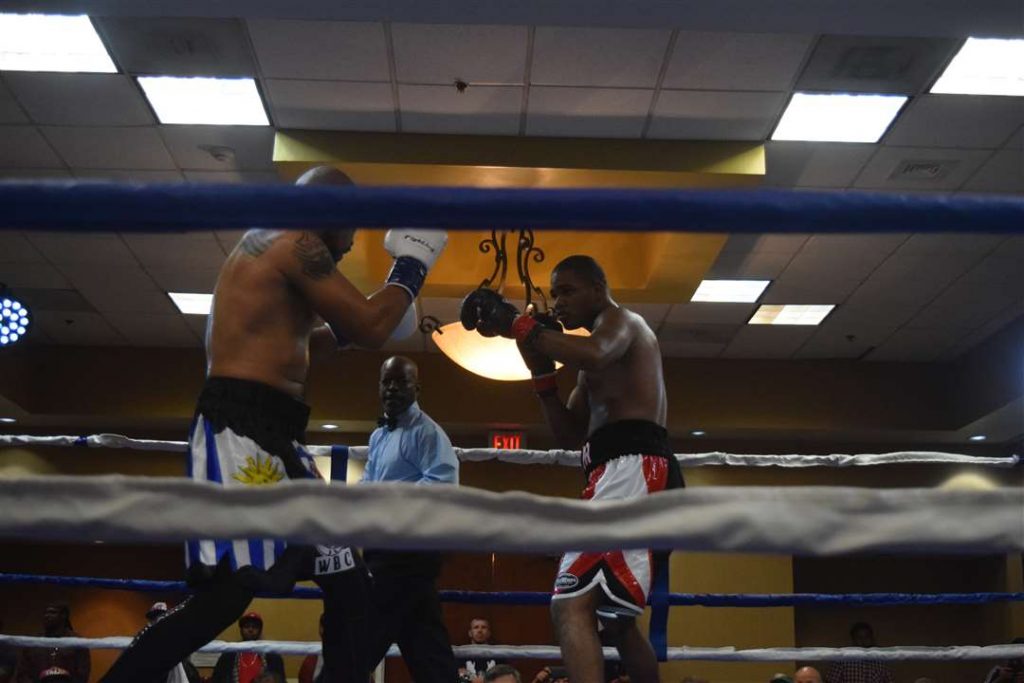 Dimar Ortuz vs Robert Hall Jr
Alonzo Butler vs Fred Latham
UBF Inter-Continental Championship Bouts
Dimar Ortuz vs Robert Hall JrOn December 3rd, a battle of the undefeated will take place as Dimar Ortuz (11-0-2, 8 KO’s) of Chicago, Illinois will take on the Robert Hall Jr (10-0, 8 KO’s) of Johnson City, Tennessee in a ten round championship bout. Up for grabs will be the UBF Inter-Continental, WBC (USNBC) cruiserweight titles.
Dimar Ortuz who is known as “El Animal” is no stranger to hard work, dedication and with that mindset, Ortuz has a solid reputation in accepting any challenge  from any opponents, inside the boxing ring or Big Knockout Boxing (BKB) which is a combat sport brand developed and owned by DirecTV. The sport is similar to boxing but does not use a ring, ropes, corners and three minute rounds.
Ortuz has recently made the switch from the mean streets of the ‘Windy City” to the beautiful scenic view of Venice, California where is trained and managed by the legendary “Sugar” Shane Mosley.
At age 35 Ortuz will take on the biggest test in his professional boxing career as he will take on the 24 year old undefeated Robert Hall Jr.
Hall is a former USA Tennessee State cruiserweight title holder who is looking to cement his legacy in the Cruiserweight division but knows he has to get past his opponent to reach his dreams in becoming a future world champion.
Ortuz has 62% knockout percentage in his total combine bouts.
Hall has a 80% knockout percentage in his total combine bouts.
Previous ArticleAppeal changes Helu vs Davis ResultsNext ArticleUBF All-Americas & Latino Champion Jose Alfredo Rodriguez gets IBF world title shot