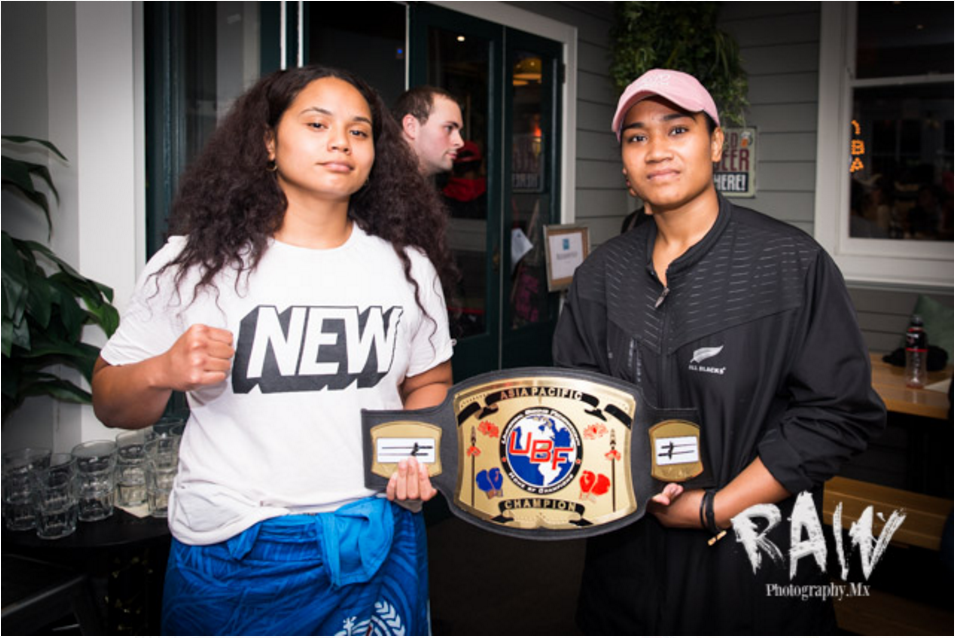 This bout was extremely difficult to bring together due to a rematch clause between Nailini Helu and Ange Davis. Helu and Davis fought each other back in September 2016 for the same two titles that are contested next week, however the bout ended in controversy. The very close bout originally ended in a Split Decision win to Helu, however Davis manager Terry Tureru launched an appeal claiming that one of the judges made a mistake.

NZPBA Secretary, Pat Leonard accepted the appeal and launched a full investigation, to find that one of the judges did indeed miscalculated their score card. In result of the finding, Nailini Helu was stripped of her two titles, the judge was stood down from NZPBA and an official order was made to have the two boxers to fight each other within the next six months, which expires on March 24th.

In between that time helu was due to face Victoria Nansen on Terry Tuteru show just a few weeks later, however due to the social media backlash, it cause a mental toll onto Helu, making her unable to train. A few months later Helu made a return to the ring on the Robert Berridge vs Adrian Taihia undercard. The bout was originally scheduled for Helu vs Cheyenne Whaanga for the NZPBA Light Heavyweight title, however Whaanga pulled out due to serious injury. Meleisea Took the fight on 48 Hours notice, with the fight itself looked like Helu was taking it easy on the pro boxing debutant Meleisea, which backfired on Helu as she lost by Split Decision.

This result cause another controversy as this brought up allot of questions like Does Helu lose her Mandatory challenge shot?. Before the bout Helu was thought to be a future world champion and is currently ranked in the WBA Oceania division, Will she lose her spot? And where did this new girl Meleisea come from?

Fast forward to the beginning of 2017, Ange Davis received a serious shoulder injury during training to prepare for her future fight against Helu. Davis did not want to give up her mandatory spot so a decision was made in NZPBA. It was announced that Arlie Meleisea will take on Nailini Helu for the NZPBA and UBF Asia Pacific titles on 10th of March at ABA Stadium, with the winner to face Ange Davis when she is 100% heal.

Tongan Born Nailini Helu, who is older sister to Panuve Helu, is a three time New Zealand National Amateur Champion and a former New Zealand National Amateur Golden Gloves Champion. She has won the Inaugural Royal Rampage heavyweight title on her debut against Kirsty Lupeamanu and she is currently ranked in WBA Oceania heavyweight division. Helu is believed to be the first ever Tongan born Professional boxer. Helu trains with Pridelands Boxing, a community gym that is free to everyone based in otara.

Samoan Alrie Meleisea has taken Pro boxing in New Zealand by surprised as in two weeks in December, she defeated New Zealand ranked number one and World ranked number 8 Nailini Helu and she defeated Kirsty Lupeamanu, taking both fights on less than a week’s notice. Outside boxing Meleisea is also a MMA fighter. She currently trains under Redline Combat Academy, which is the same gym that trains Robert Berridge.

Also on the card will feature the Pro debut of Evander Tia, who is the most feared person in the corporate division. Tia was having allot of trouble finding boxers to fight him, he had reach a point where he had no choice but to turn pro. Tia will be going against Kickboxer who is also debuting as a pro boxer, Jordan Mororoa. Pro boxing debut Kerry Davies taking on Mad Men Entertainment Boxing Gym owner Mubin Mohammed. And finally the last pro on the boxing card is Sarah Long vs Pro Boxing Debutant and 2016 New Zealand Golden Gloves winner Geovana Peres​.